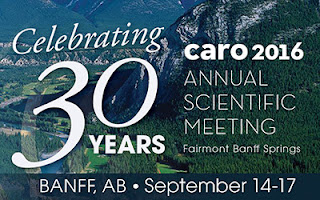 Last month (because I'm that behind on blogging!) I got to spend four days in Banff, attending the Canadian radiation oncology conference. On a Tuesday after work five of us residents headed to the mountains; an especially cosy drive, thanks to the combination of a Mazda 3, two pregnant residents, and eleven posters piled on top of us in the back seat.

Four hours later we'd arrived in Banff and checked into our room at the Fairmont Banff Springs. The hotel is basically a castle and hands down the fanciest place I've ever stayed. 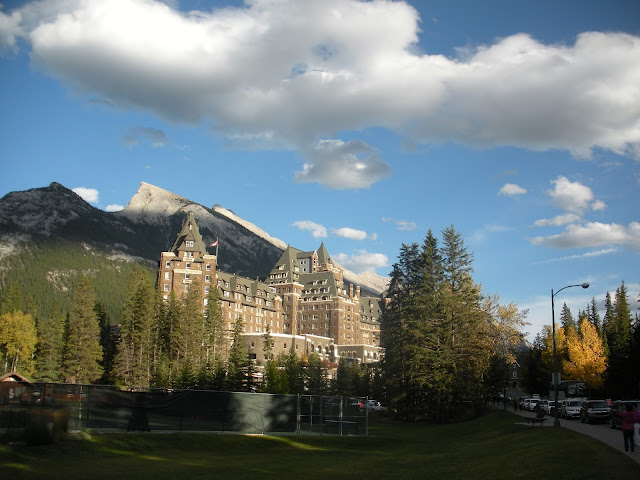 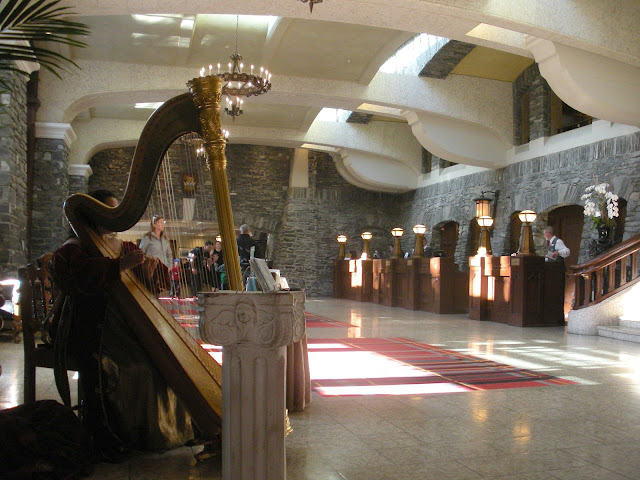 Our ninth-floor room had an unbelievable view of the mountains, valley, and Bow River. It was also good for the wildlife viewing, the highlight being spotting a dozen elk crossing the river single-file.
The conference all took place within the Fairmont, a really beautiful space. There were some especially castle-y/Hogwarts-y spiral staircases and fancy bathrooms. Incongruent to the hotel theme was the actual conference theme: cowboy. The conference is organized by people out east and suffice to say they were a little stereotypical about Albertans. Anyhow, the cowboy hats and bandanas were a good time, and I'm proud to say that I actually wore my bandana all conference long.

On Wednesday we attended a resident refresher course, with a social at Wild Bill's Saloon in the evening. It was so nice to reconnect with all of the residents. There aren't a whole lot of rad onc residents in Canada, with eleven English rad onc programs with a couple of residents each, so everyone knows everyone else in their year from the interview tour. It's super collegial; lots of people to hang out with during the week.

On Thursday the actual conference started, bringing lectures, workshops, research presentations, and a poster session. A highlight was getting to try breast brachytherapy on a model (we're not set up for breast brachy in Edmonton, but the Calgary and BC folks showed us the ropes).
We lucked out with gorgeous 25-degree days and were able to get away for a few short walks -- to Bow Falls, Cave and Basin National Historic Site, and Lake Minnewanka.
On Friday night we attended the denim-themed awards dinner at MountView BBQ, which featured picnic tables surrounding a fire pit, beef carried in on a pitchfork, and line dancing. Clearly a good time. 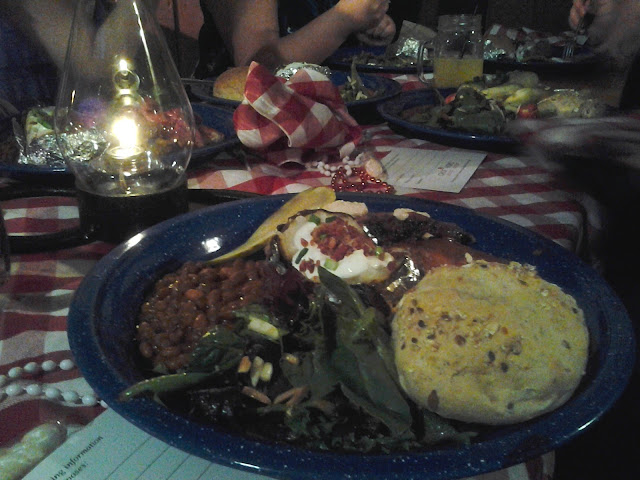 We headed back to Edmonton on Saturday afternoon, the drive back much improved by DQ blizzards balanced out by some nutritious choices at Tim's: