Happy Good Friday! This will be my first (and last) whole weekend off in a while, so I've resolved to do nothing productive today to celebrate. Taxes, research, and Powerpointing, I'm coming at ya tomorrow.

This week was busy with exams (don't want to talk about them :( ) so although it's a little after-the-fact, I feel the need to document last weekend's ski trip...if only because it was my first time skiing in the Rockies...and was unexpectedly eventful.

At 5 am on Sunday morning I headed out with a couple co-residents to drive to Jasper. We reached Marmot Basin a little after 9 and by 9:30 am were out on the slopes. Despite a lack of fresh snow, the conditions were pretty great -- the hill was not at all busy and it was warm enough that my jacket stayed in the car. Apparently it was also pyjama day (missed that memo). 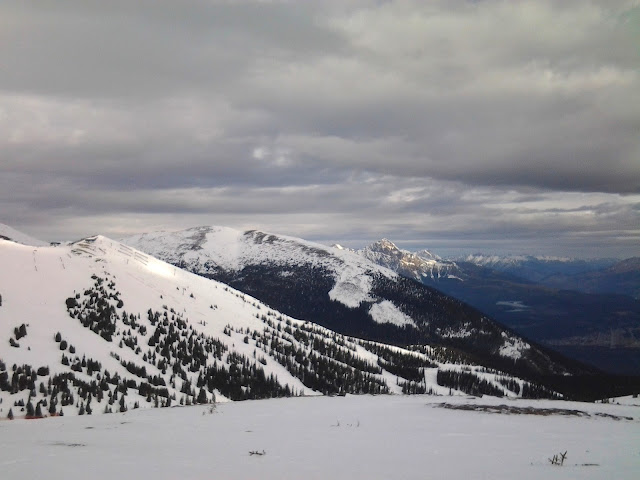 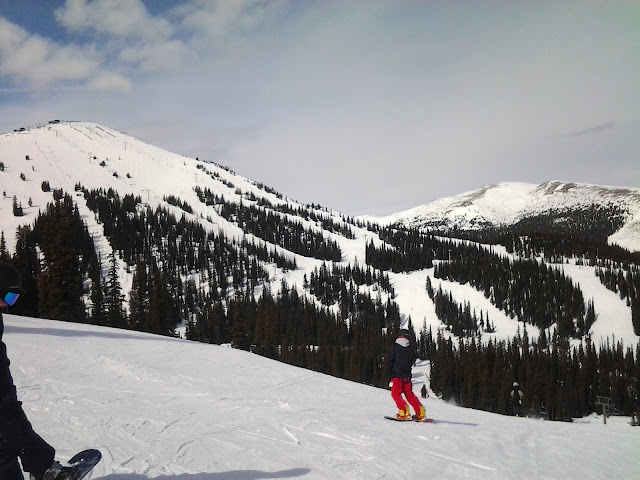 After a few runs on the lower mountain, we got on the chairlift to head to the top. The views were incredible, of Jasper down in the valley and snowy mountains all around. What wasn't incredible was our less than graceful dismount from the chair, in which my friend K ran into a metal post :( Not to worry, she was all right, but had twisted her knee and cut her leg, and couldn't very well ski back down. We asked if she could take the chairlift down, but apparently that isn't allowed. We asked if she could take a snowmobile down. Nope, not if you're injured. So...ski patrol burrito-wrapped her into a toboggan while we laughed and took photos helped out (we're not terrible people; K thought it was hilarious too), and towed her down to the base. 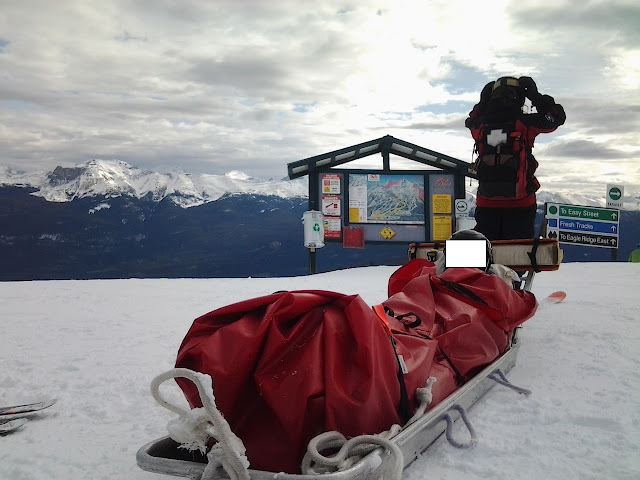 We regrouped at the lodge and had an early lunch. 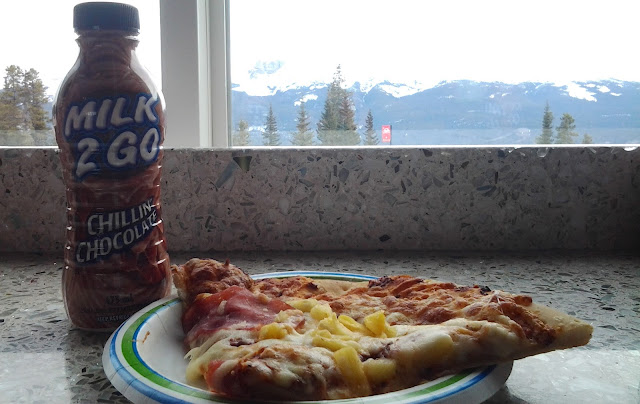 Then we headed over to the medical clinic to get a dressing for K's leg. Apparently to get a dressing you have to fill out a medical history form. And if they realize you were in a collision, you have to fill out a collision form...even if it was with a post (K gave some sarcastic answers to questions like "What is your relationship to the person you collided with?"). And finally, we learned that if you have rental gear on during a collision, it needs to be returned for inspection. So after switching out K's skis, poles, boots, and helmet at the rental shop, we headed back out to try another few runs. 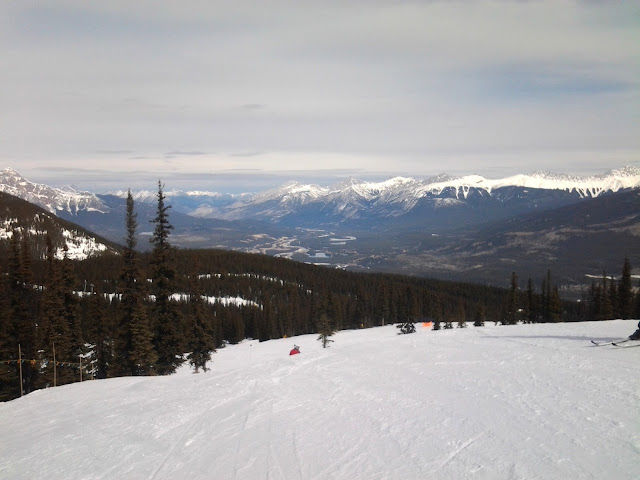 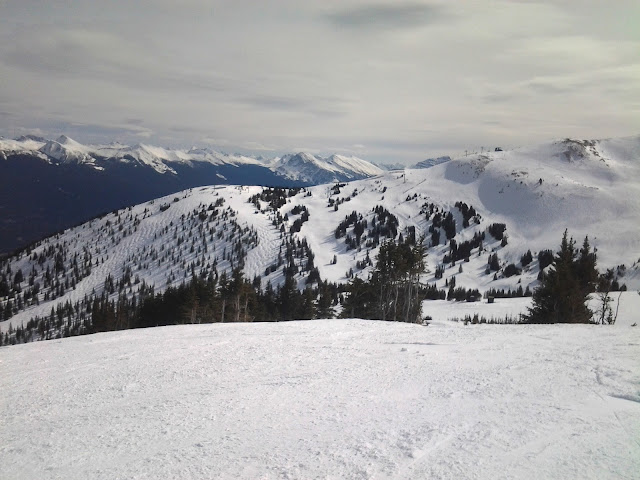 K's a trooper, but her knee was really hurting her and she had to call it a day. M and I didn't want to desert her, but she told us to not be cray and get back out there. We got on the chairlift to the peak, which I guess is the basin that Marmot Basin is named for -- a huge treeless bowl at the top of the mountain. The runs were so wide. It was great skiing. 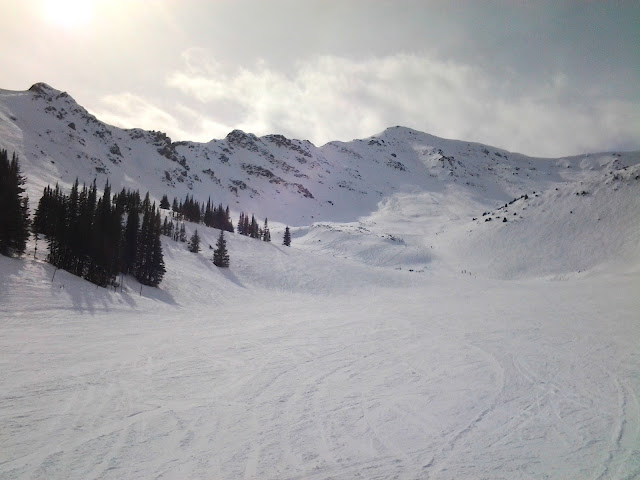 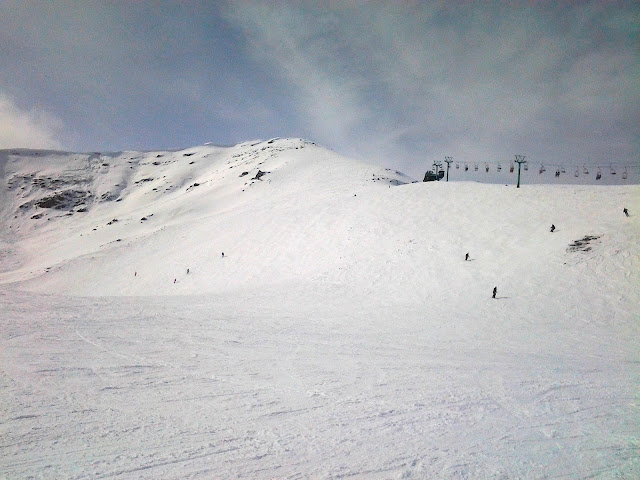 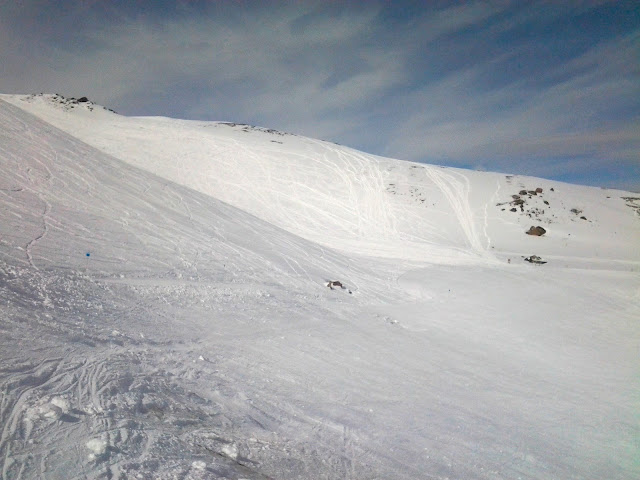 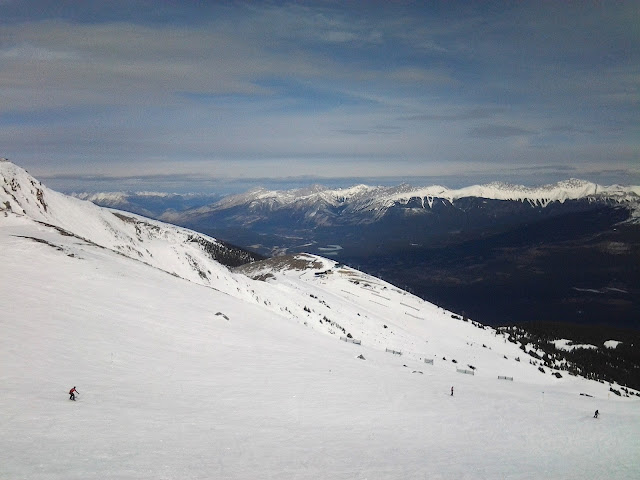 Two runs in I realized that M wasn't with me anymore. I looked around and saw him a fair distance away, higher up on the hill. He'd fallen. No big deal, we all had. So I waited for him to catch up. And waited. Then waited some more. He wasn't coming down so I took off my skis to walk back up...but I am not fit, so I only made it a quarter of the way. Fortunately there was a chairlift there, which I got on. I figured it'd be faster to ski down to M than to hike up.

As I watched from the chairlift, two ski patrol with a toboggan in tow made their way over to M. Uh oh. Not to worry, I made it to them in time to get the requisite burrito photo. Jokes aside, M was fine, just was sporting a matching cut on his leg to K. Which also meant that he had to fill out the appropriate forms to get a dressing for it. As we all tend to do in embarrassing medical situations, M pretended to be a student ("what are you studying?" "science") when they asked what he did. 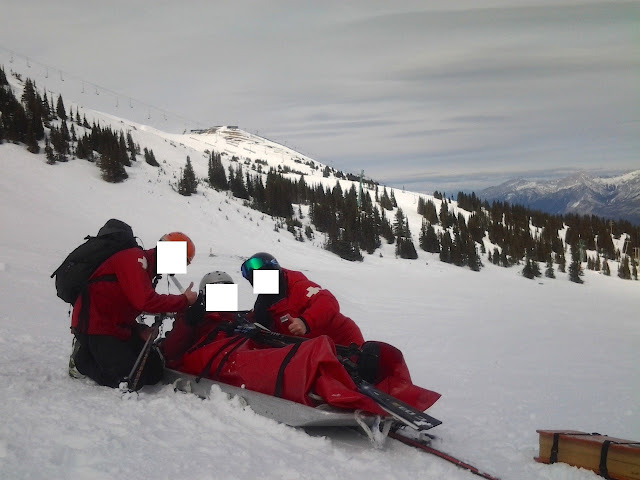 I did another few runs by myself before heading back to the lodge (not by toboggan). We drove back to Edmonton, stopping for wraps (closest we could get to burritos) to commemorate the toboggan drama. All in all, even K and M would agree that we had a great time on our first (and maybe last until we all brush up on our skills at Rabbit Hill) residency ski trip.