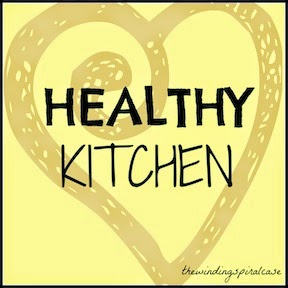 I was lucky to get to come home in time for lunch today, so the peanut butter sandwich I had packed went into the fridge for tomorrow’s work lunch. I had some broccoli that had been in the fridge for a while, so decided to roast it up to get some greens into my day. I also have a bag and a half of frozen okra which I had been curious to try roasting as well, as I had read that it dries out the “okra slime”.

I washed some broccoli and put it into a big bowl along with some frozen okra. I drizzled the vegetables with olive oil and tossed them with my hands until they seemed well-coated. 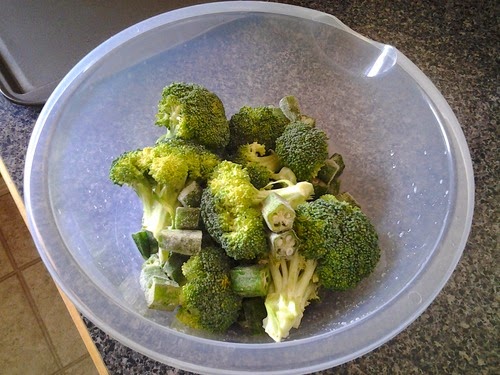 I sprinkled on a bit of garlic powder and spread the vegetables out on a greased baking sheet. I popped them into the oven at 350 degrees F (I could have used 400 degrees F, as suggested by a few recipes I perused), checking periodically and flipping them over once. 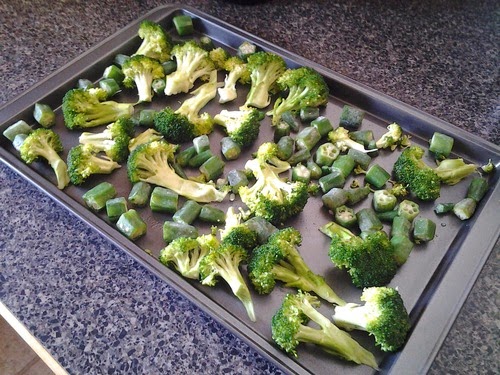 After 30 minutes the broccoli was soft and lightly browned — perfect! The okra took a little longer, around 45 minutes. 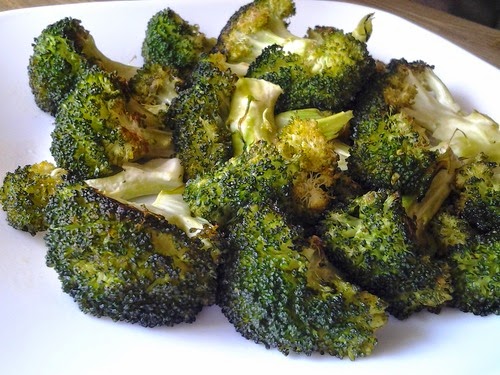 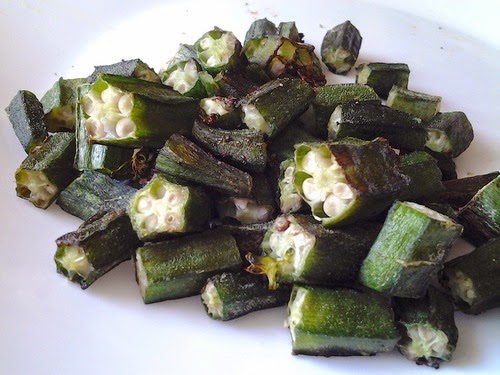 I enjoyed half of the broccoli (saving half in the fridge for tomorrow) and all of the okra while reading on the couch. Both tasted great! Since the only seasoning was a little sprinkle of garlic powder, the flavour came purely from the vegetables. The okra dried out well and was an enjoyable texture, with a chewy exterior but soft (and still slightly slimy) interior with seeds.
I finished my lunch off with a green smoothie, made with frozen banana chunks, a large kale leaf, and a cup of milk. I served it up in the tumbler I picked up at Superstore this morning (I previously had no smoothie-sized cups; not to mention drinking from a tumbler is just more fun!). 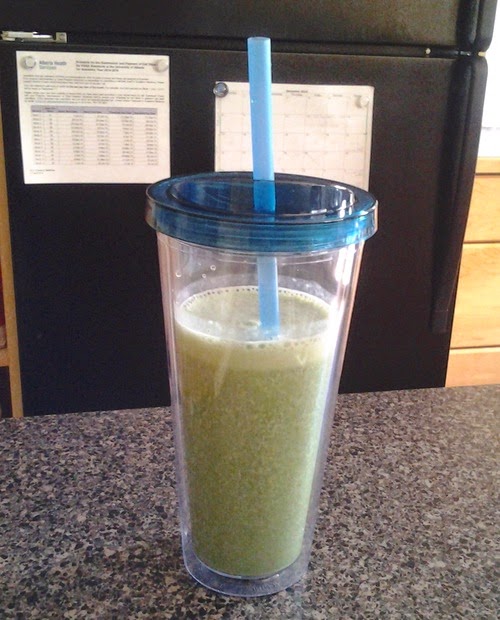