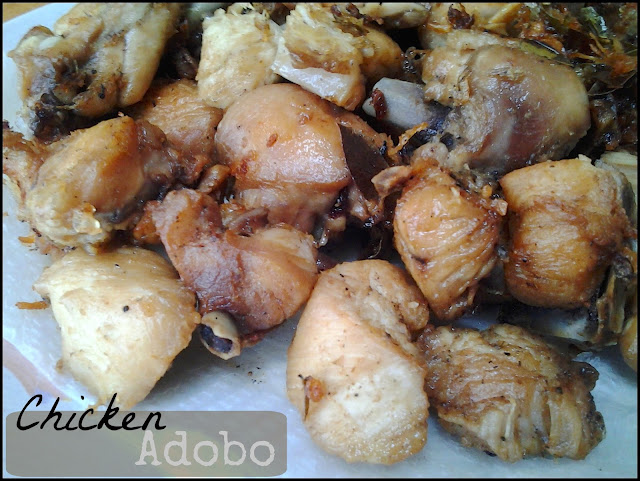 Seeing as it's been five years since the great stove fire of 2010 (when a pot of deep-frying oil bubbled over, caught alight on the element, and gave me an opportunity to try out our fire extinguisher), my mom and I figured that it was time to give deep frying another go. Unfortunately, the trauma of the great stove fire combined with rounding on burn ICU patients has since led me to develop quite the hot oil phobia -- like I get seriously anxious around the stuff! However, five years without a certain delicious chicken adobo recipe was motivation enough to set my fears aside and get out the oil.


This chicken adobo recipe, from my mom's '80s copy of Everyday Asian Cookery by Jacki Passmore, is one we had once a year or so growing up. By virtue of both its infrequency and its deliciousness, it's grown into one of our family's favourites. 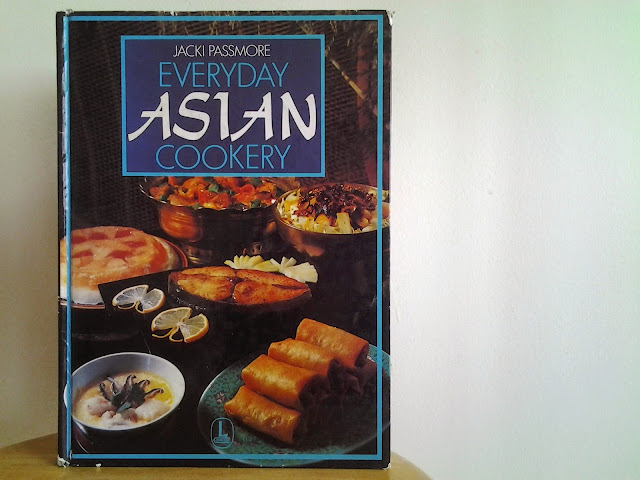 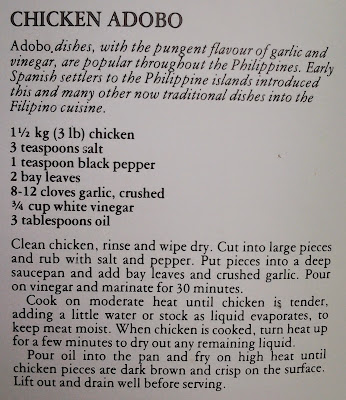 The recipe is really quite simple. The first step is rubbing chicken pieces with salt and pepper, then marinating them in a bay leaves, garlic, and vinegar mixture for thirty minutes. 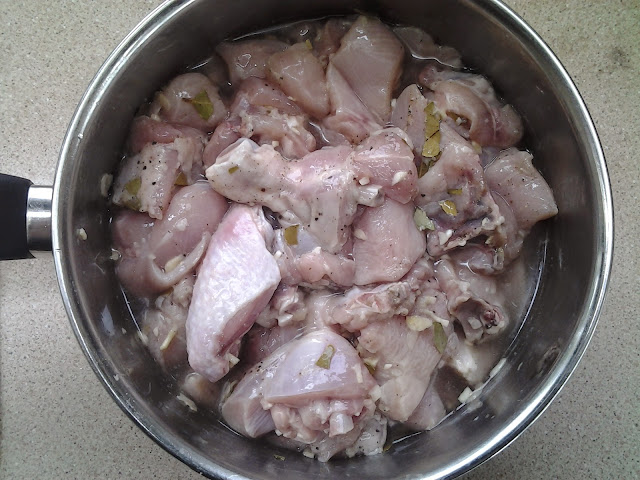 Next, the chicken is cooked on moderate heat until it is tender and its sauce has evaporated. 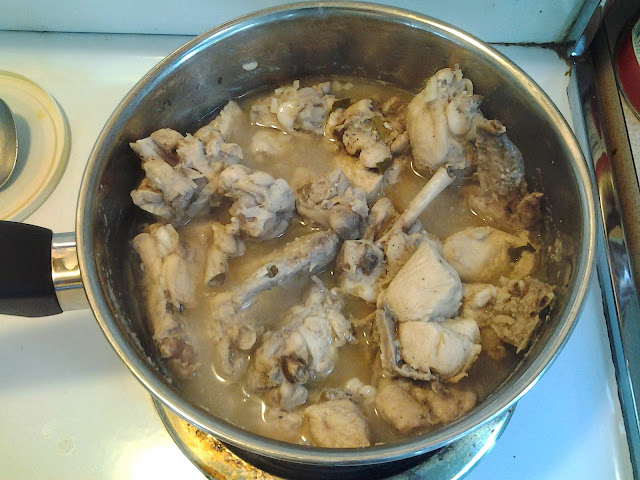 Finally, the chicken pieces are dropped (ever so carefully!) into hot oil and deep-fried until crispy. 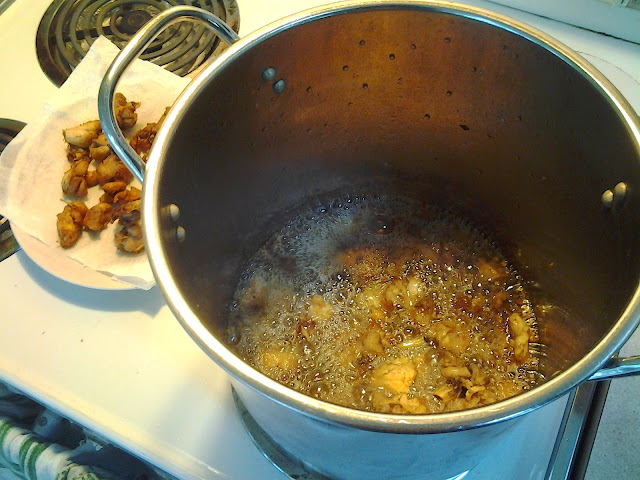 I was paranoid enough to use the deepest pot and longest tongs I could find, as well as wear an oven mitt, for this part (hot oil + water in the chicken = major splattering!).
And FYI, your entire house will smell like oil for a good day or so...but I assure you, it's well worth it! The resulting chicken is so flavourful -- of savoury garlic, bay leaves, and vinegar -- and its texture is wonderfully crispy on the outside and moist on the inside. 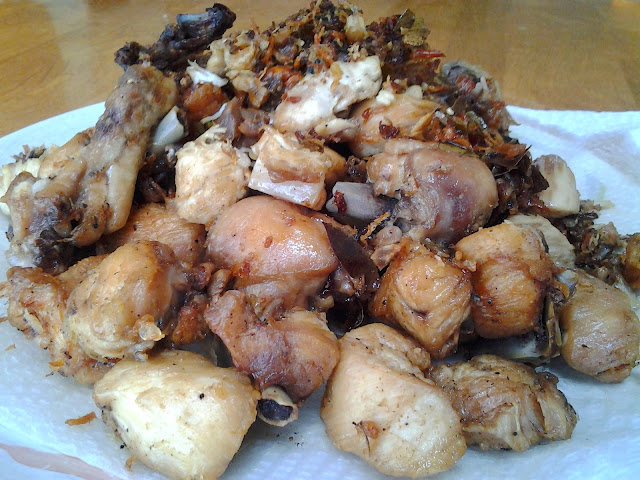 To make the most of our deep-frying oil, my mom and I decided to make some deep-fried spring roll appetizers, stuffed with a mixture of pork floss, dried shrimps, and oyster sauce. The first step was rolling the filling into a gazillion (or a hundred) wonton wrappers. 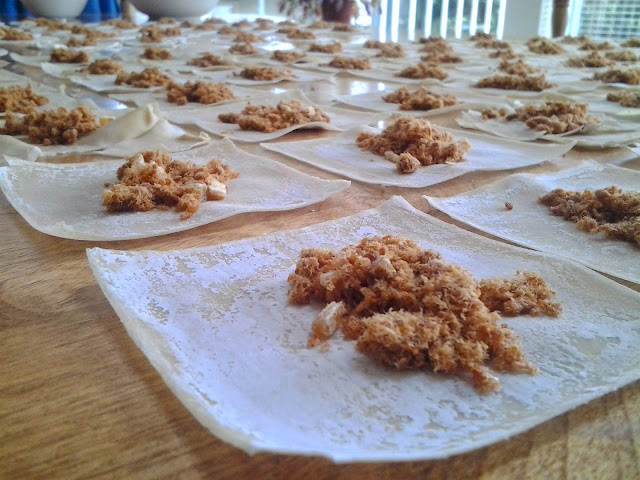 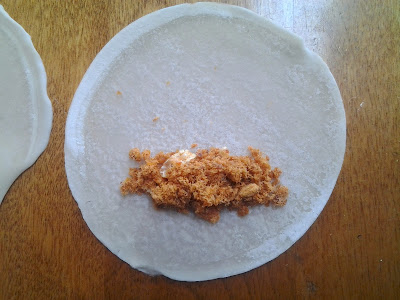 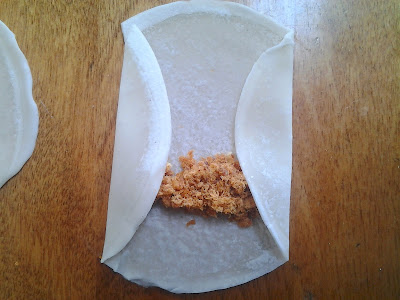 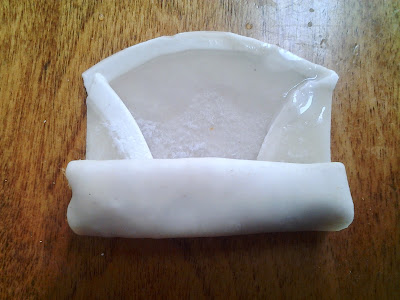 Next, we dropped them into the hot oil to cook for a couple of minutes, until they turned golden brown and crispy. I think there was a fair bit of moisture in the wonton wrappers (they'd been frozen and thawed) because they sure bubbled -- the result was less than picturesque: 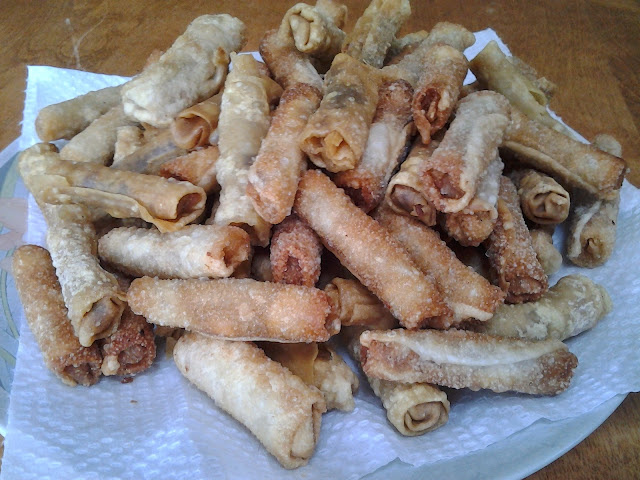 But appearances are deceiving -- these little spring rolls are hard to stop eating! So tasty, crispy, and different from your typical appetizers, they won't last long in our kitchen :) 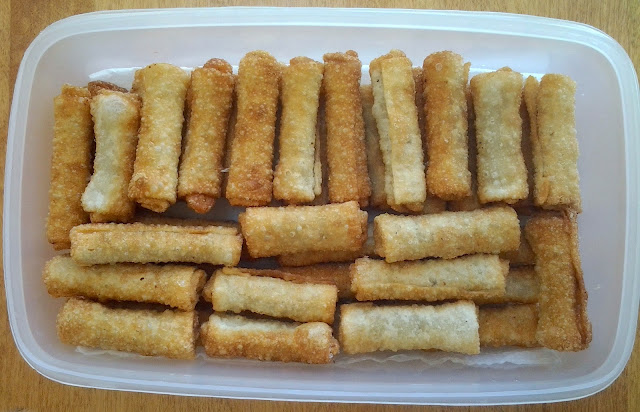 Do you have any favourite deep-fried recipes? Any thoughts on air fryers?
Email ThisBlogThis!Share to TwitterShare to FacebookShare to Pinterest