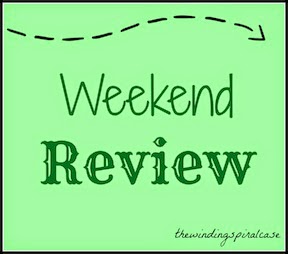 Tuesday through Sunday this week has been spent on the palliative care unit of a different hospital. I've been lucky to be a part of a wonderful team, which has made the rotation enjoyable in spite of its more sombre moments. One thing I haven't particularly enjoyed is sitting in lots of traffic on the icy roads -- but I shouldn't be complaining as even with traffic the drive seldom exceeds 30 minutes (pretty good for a big city!). Here are some things I've enjoyed in the past week:


What did you enjoy this week?
Email ThisBlogThis!Share to TwitterShare to FacebookShare to Pinterest